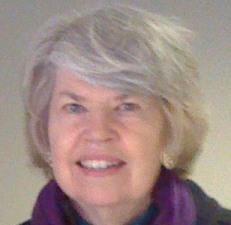 Barbara Ensrud is a wine journalist, author and wine educator.  Her syndicated weekly wine colunns for the New York Daily News appeared in major metropolitan newspapers across the country, from the Miami Herald to the San Jose Mercury News, and during her years in New York, she was a regular contributor to the Leisure & Arts page of the Wall St. Journal. Her wine articles have appeared in GQ, Vogue, Parade, Garden & Gun, Smart Money, Harper's Bazaar, The Wine Spectator, Decanter, Food & Wine, Gastronomica, House & Garden, House Beautiful, Glamour, and numerous other publications.  She has been featured  on TV (ABC, NBC) and radio (WUNC, WOR-NY).  She is the author of American Vineyards and Wine with Food (see below).

She taught wine appreciation courses at Duke University from 2000 to 2012 and previously at the University of Mississippi in Oxford, and in New York at L'Academie du Vin and The New School at CCNY; she was a regular guest lecturer Windows on the World. She has conducted panel tastings at the Aspen Wine & Food event, and judged in numerous wine competitions in the U.S. and Europe.  She is a member of two elective professional organizations: The New York Wine Press and the American Society of  Journalists and Authors.

Barbara Ensrud is a frequent speaker on the subject of wine, including its role in culture, history, myth and symbol.  She conducts wine tastings and wine seminars for corporations, conferences and private gatherings. She also consults for restaurants in creating or upgrading wine lists, and works with individuals interested in collecting wine or starting a wine cellar.  For more information, email inquiries: b_e@bewinewise.com.